What the F*ck is the Bordeaux Wine Classification of 1855? 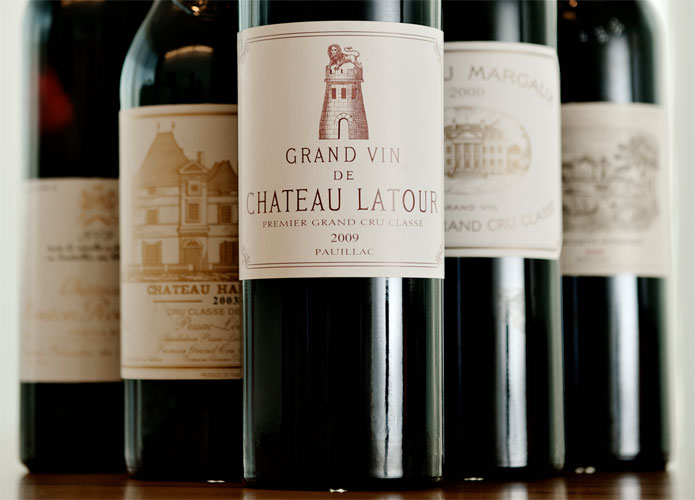 Perhaps the greatest marketing scheme in the history of any industry, not just wine, is the Bordeaux Wine Classification of 1855. After all, what other marketing scheme from 160 years ago is as relevant today as it was when created? In the wine world, people constantly refer to the wineries of Bordeaux as First Growths, Second Growth, Third Growths, Fourth Growths, and Fifth Growths, based upon a classification of wines from… you guessed it, 1855. People refer to great wines from other regions using comparisons to the Bordeaux 1855 Classification – for example, Penfolds Grange is frequently referred to as the First Growth of Australia. This blog, likewise, is filled with references to the classification level of various wines we love from Bordeaux. So, what is the 1855 Classification, and why do people still refer to it 160 years later?

Let’s start by putting the year 1855 in perspective. This was eight years before Louis Pasteur first discovered that alcohol was created by yeast fermenting the sugar in grapes into alcohol and CO2 (to put it very simply, the yeast eat the sugar and poop out alcohol – and we didn’t know that until Louis Pasteur figured it out). The second biggest grape varietal in Bordeaux at the time, after Cabernet Sauvignon, was not Merlot but Malbec. And, Napoleon III (to be clear, this is Napoleon Bonaparte’s nephew, not Napoleon Bonaparte) was the Emperor of France and Franklin Pierce was the President of the United States.

The year 1855 is when the 1855 Exposition Universelle de Paris (i.e., the World’s Fair) occurred. Emperor Napoleon III requested that the Bordeaux wine merchants put together a ranking of Bordeaux’s top wines. While stories differ on why the merchants chose recent prices as the basis for their rankings, the merchants ranked the various popular Bordeaux wines of the time into five categories for the dry red wines of the Medoc, and three categories of the sweet white wines of Sauternes/Barsac, based upon their then current market prices.

And the Winner Is?

Oh Boy, Now I Have Questions…

This raises two questions. First, is price really the way to judge a wine?  And second, how could a ranking in 1855 possibly matter today?

As for price, though it may sounds like a silly way to judge a wine, is there a better way? The only other method would be tastings of wine – but does it make sense to trust two or three wine “experts’” palettes more than how the free market prices a wine over the long-run? It’s important to remember that all of these wines were made in large quantities, so it’s not as if scarcity was sky-rocketing the price of one wine over another as it may do today for wines such as Château Le Pin or Screaming Eagle. While not a perfect system for judging a wine, frankly, I think it’s tough to come up with a more fair system of judging wine for all people than what the average person would pay for the wine.

Does it make sense to trust two or three #wine “experts’” palettes more than how the free market prices a wine? Click To Tweet The next, and probably tougher question, is why does anyone care about the price ranking of wine from sixteen decades ago? After all, wine making techniques change and the role of the winemaker is as important as where the grapes are grown. Think about America – if one were to rank Napa wines based upon price today – Screaming Eagle, Scarecrow, and Harlan Estate would be at the top of the list, while a mere fifty years ago, Beaulieu Vineyards (BV), Louis Martini, and Inglenook would be at the top of the list.

This is a fair criticism of the 1855 Classification. Its defenders would make a few points – first, that the 1855 Classification is all about terroir, which doesn’t change. (Terroir is the French word not directly translatable into English – addressing the location where grapes are grown. It brings together the myriad of factors influencing the grapes, such as soil, drainage, topography, microclimates, and, as modern science has revealed, the varying natural yeasts and microbes from location to location.) While a winemaker can influence the wine, in the end, terroir plays as much if not a greater role in making great wine. Next, ranking a wine highly creates a feedback loop. As Château Latour is more expensive because it is a First Growth, it can make more money, and therefore invest more money on the best wine making equipment, winemakers, and consultants. Moreover, while the 1855 Classification doesn’t change, today’s market doesn’t exactly follow it. For example, today, Château Lynch-Bages, although classified in 1855 as a Fifth Growth, is priced (and considered by critics) to be on par with the Second Growth; while Château Durfort-Vivens was classified in 1855 as a Second Growth, but today is priced (and considered by critics) to be on par with a Fifth Growth. More importantly, wines from Pomerol and St. Emilion (on the right bank of the Bordeaux region), weren’t even considered in 1855, while many of them are far more expensive than even the First Growths from 1855.

Whatever one thinks of the 1855 Classification – it is still incredibly important today. At restaurants in Bordeaux, they list the ranking of the various wines from the 1855 Classification right on the menu. Wines still advertise their 1855 rankings (take that, Pabst Blue Ribbon), and more importantly, most fans of Bordeaux wines still refer to the 1855 Classification on a regular basis. In fact, when Heather and I took our Sommelier Level I course, the instructor made sure to tell us students that we had to memorize the names of the five First Growths for the test – as every Sommelier must be able to name the five First Growths instantly. For better or worse, one cannot escape the 1855 classification when talking about Bordeaux wines. And, I will never turn down the chance to have a glass of any of the five first growths – commonly referred to as Latour, Mouton, Lafite, Margaux, and Haut-Brion – though their full names are Château Latour, Château Mouton Rothschild, Château Lafite Rothschild, Château Margaux, and Château Haut-Brion. (In case you can’t tell, I passed the Sommelier Level I test with flying colors…. [audible cough], Heather may have gotten a higher test score [Heather made me add that in]). The classification may be old, but it still matters today.