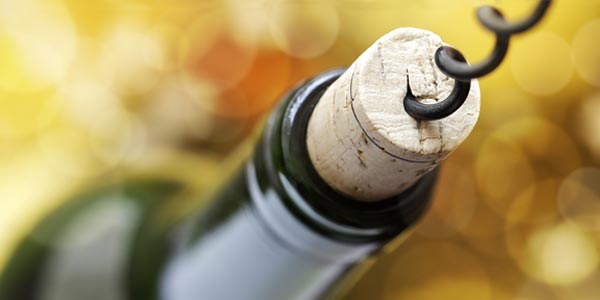 Are you a Trader Joe’s Two-Buck Chuck type drinker?  Or, are you a Costco’s Kirkland Signature Brand wine drinker?  Even if you don’t drink either – you still have to admit it’s an interesting question – who makes better wine, Costco or Trader Joe’s?

One of our readers asked the question about which one was better – and although neither Jordan nor I drink either wine brand on a regular basis, it sounded like a great question to answer.  So, we gathered up some friends and threw a blind wine tasting party to compare the brands.

Setting up the Tasting

Here are the wines we included in this tasting: Costco easily made the best wine, and it made the worst wine, with Trader Joe’s in between.  Unlike the box wine blind tasting we held a few months ago, where the results were all over the map, there was a strong consensus in the group about the best wine and the worst wine.

Costco’s Kirkland Signature 2014 California Cabernet Sauvignon, at $7.99 for a magnum (1.5L) bottle was easily the favorite red wine at the party.  This price is equivalent to $3.99 for a normal size (750ml) bottle.  It beat out the more expensive Costco bottle and both Trader Joe’s bottles.  Five of the eight people at the party gave it the highest score, including both my husband and me.

On the other hand, Costco’s Kirkland Signature 2014 Ti Point Marlborough Sauvignon Blanc at $7.99 was easily the most hated wine.  Once again, five of the eight people at the party gave it the lowest score, including both my husband and me.

For the other six bottles, including both the Two Buck Chuck Cabernet and Two Buck Chuck Chardonnay, they all fell in between the clear Costco winner and clear Costco loser.  There was no real group consensus on which ones were better or worse (with even my husband and I disagreed on relative merits of some of them).

Who’s wine do you prefer – Costco or Trader Joe’s?

Incidentally, if you’re not familiar with the full story of Two-Buck Chuck, there is a great 2007 documentary called “A State of Vine,” which goes over the history of Fred Franzia’s creation of Two-Buck Chuck.  And, if you want the seedier side of the story of Fred Franzia, it is recounted in Chapter Eleven of the 2015 book “Tangled Vines: Greed, Murder, Obsession, and an Arsonist in the Vineyards of California,” by Frances Dinkelspiel.