Late last year, my husband and I attended a 1982 comparative tasting of Bordeaux wines, including all five first growths. For those unfamiliar with the great years in Bordeaux, the consensus (to the extent such a thing is possible in the wine world) is that the greatest five vintages of the twentieth century in Bordeaux were 1927, 1945, 1961, and 1982. The large wine auction house, Hart Davis Hart, held a comparative tasting with 33 if the top Bordeaux wines from the year 1982.  The tasting was held in Chicago, the day before one of their large wine auctions. For this tasting, they were opening and pouring such legendary wines as the 1982 Château Lafite Rothschild, the 1982 Château Mouton Rothschild, and the 1982 Château Cheval Blanc. Not being able to pass up a chance to taste such legendary wines, and side-by-side, we paid out the $1,200 a person (gulp) to attend such an extraordinary tasting. Here are the five things we learned, followed by our thoughts/ranking of the wines.

END_OF_DOCUMENT_TOKEN_TO_BE_REPLACED

It seems as wine consumers, we are all constantly bombarded with everyone else’s opinions about whether the wine has a hint of black cherries or chocolate. Not to sound jaded, but we never understand why wineries and restaurants always feel as if they must insist on...

END_OF_DOCUMENT_TOKEN_TO_BE_REPLACED

How much of a difference does the year the wine is harvested (i.e., the vintage) make in how much we like a wine?  For Bordeaux, like many other wine regions, the vintage can make a huge difference. Doing a recent tasting at our house, we lined up four years in a row to see what we thought.  From the time we have spent in Bordeaux, we knew that both 2010 and 2015 are excellent years. But we were curious to see how the four years in between are tasting.  Especially since on restaurant wine lists, one will see lots of Bordeaux wines from 2011 to 2014.  If we’re at a restaurant and see an affordable Bordeaux from 2012, what will we think about? How about 2014?  So, we did the logical and responsible thing – we drank.

END_OF_DOCUMENT_TOKEN_TO_BE_REPLACED

How to Help After the Napa, Sonoma Fires

As of this writing, the fires in and around Napa and Sonoma are still raging strong. As a result of the fast moving fires due to dry conditions and strong winds, nearly 200,000 acres have been torched, entire neighborhoods have been burned to the ground and most tragically, 31 people have died. When devastation hits a region like this, many of us wonder, ‘how can I help?’

END_OF_DOCUMENT_TOKEN_TO_BE_REPLACED

A Wine Pairing for the Eclipse

There are only so many blogs one can read on wine and cheese pairing, so we figured why not write a blog on pairing wine with the 2017 eclipse? Just in case you’ve been living under a rock for the past few months, on Monday, August 21st will be the first total solar...

END_OF_DOCUMENT_TOKEN_TO_BE_REPLACED

We are lucky enough to have friends who are not only into wine and have incredible collections of wine we could never afford, but are also kind enough to open some of their prized bottles with us. One of our friends recently had a major birthday, and in celebration decided to go all-out on the wines.  As a result, we not only got to try some legendary wines, it got us thinking…  Are 100 point wines worth it?

END_OF_DOCUMENT_TOKEN_TO_BE_REPLACED

Tasting Four Decades of Pape Clément in One Night

We recently hosted a party with a few of our friends where we opened up the same wine, a decade apart, spanning four decades, to see how the wine ages and matures.

END_OF_DOCUMENT_TOKEN_TO_BE_REPLACED

We were in Aspen the other weekend (yes, we have a tough life). Since it was my first time there (but not Jordan’s), we decided to get a sitter for a night and head out to enjoy one of Aspen’s renowned and fancy restaurants. The restaurant we went to, which will remain anonymous, had one of those great one-hundred plus page long wine lists. Not surprisingly, both Jordan and I have strong opinions on what wine bottles to order, so it was extremely frustrating that like virtually every restaurant out there, this restaurant only provided one wine list to our table. Frankly, it’s really boring for each of us to sit around while the other one spends ten minutes perusing the wine list.

END_OF_DOCUMENT_TOKEN_TO_BE_REPLACED 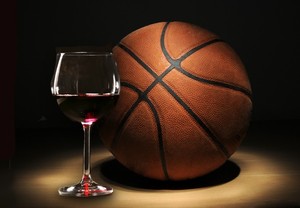 Are you confused about the Saint-Emilion wine classification? Or, did you not even know one existed, but were totally confused at your wine shop when you you’re trying to figure out the difference between a label (in French, of course) listing a Saint-Emilion wine as a “Grand Cru Classé” or a “Premier Grand Cru Classé?” Don’t feel bad, it confuses us as well. Heck, it confuses most people who live in Bordeaux. In fact, while recently tasting in Bordeaux at a “Premier Grand Crus Classé A,” our pourer confided in us that even her friends don’t understand the classification system. So, we’re going to try to explain it with an analogy that most Americans can understand (and are quite passionate about) – March Madness.

END_OF_DOCUMENT_TOKEN_TO_BE_REPLACED

Heather’s car is ten years old, and as it’s time for a new car, so, we’re in the middle of car shopping. And, since we seem to translate nearly everything into wine, while test driving a number of cars we had a realization that the German cars we test drove were like the wines from the Left Bank of Bordeaux while the Japanese cars were like the wines from the Right Bank of Bordeaux. Let me explain. 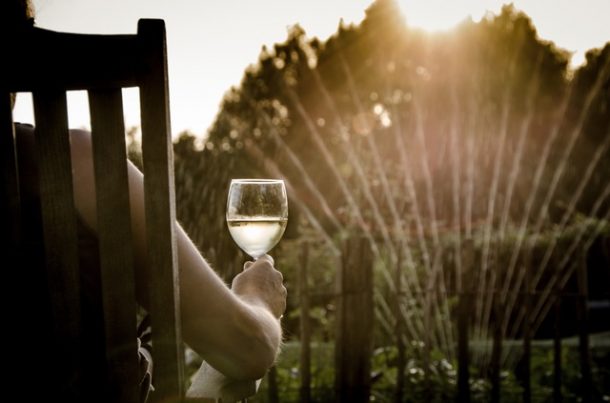